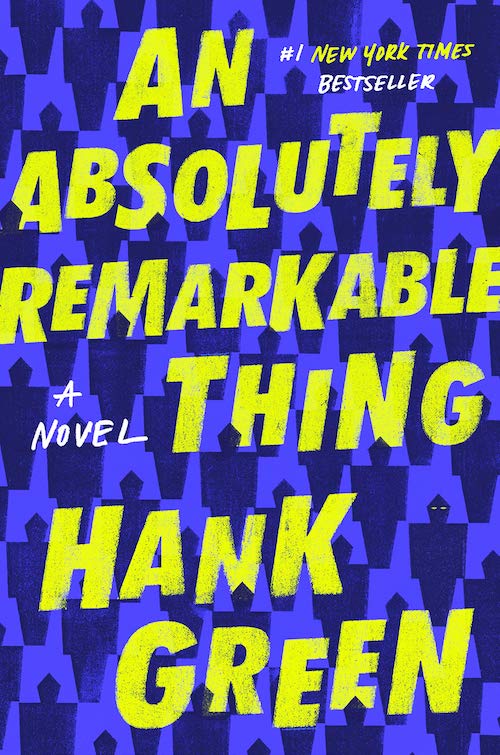 Roaming through New York City at three a.m., twenty-three-year-old April May stumbles across a giant sculpture. Delighted by its appearance and craftsmanship—like a ten-foot-tall Transformer wearing a suit of samurai armor—April and her best friend, Andy, make a video with it, which Andy uploads to YouTube. The next day, April wakes up to a viral video and a new life. News quickly spreads that there are Carls in dozens of cities around the world—from Beijing to Buenos Aires—and April, as their first documentarian, finds herself at the center of an intense international media spotlight.

Seizing the opportunity to make her mark on the world, April now has to deal with the consequences her new particular brand of fame has on her relationships, her safety, and her own identity. And all eyes are on April to figure out not just what the Carls are, but what they want from us.

I have been to known to really enjoy Hank Green’s content in the past (and his brother John’s books as well). In the early 2010s, I was an avid watcher of his vlogbrothers YouTube channel.

I was excited for this book, and the story definitely pulled me in. However, the writing style could be described as fine at best. The characters, especially the side characters, fell flat for me. The main character was petty and unlikeable. And the character voice wasn’t strong.

That said, I was page-turning because I really wanted to know what happened next. I wanted to know how the story wound up and what would happen next. But connecting to the characters and their inetractions with the plot? Eh at best.